In 2008,  Elite Volleyball Training Center began its first Ohio volleyball club team. Randy Cline, the founder, moved here in 2007 where he met his future wife, Jackie Schardt, who is a former OSU Buckeye. Since then, they have grown the program from 9 kids to over 290 athletes. Elite is now Nationally known for turning out great volleyball players, but most of all, outstanding young men and women. Class of 2011, Elite’s first graduating class, started the legacy of athletes going on to play at the collegiate level. 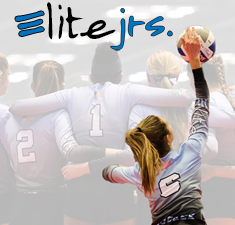 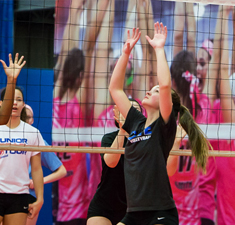 Elite Volleyball Training Center strives to encourage and prepare young people to reach their highest potential in athletics and in life. Our professional coaching staff provide age-appropriate training in a fun, safe and competitive environment.

Our philosophy is to prepare our athletes to compete at the club, high school, collegiate, and international level. We do this by teaching the most successful and proven techniques in the game today. Elite’s coaching staff represents experience at all levels, including collegiate and professional playing experience, club coaching experience, and collegiate coaching experience. Traditionally, the athletes within our program exemplify the utmost character, respect, and competitive spirit on and off the court.